One of the accountants brought me what she considered an unusual W-2. 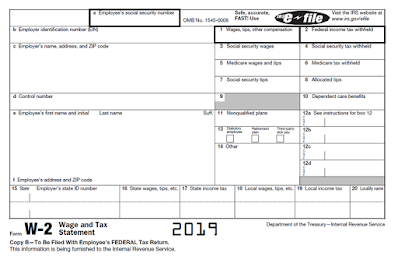 She had seen fact pattern that a thousand times. What caught her eye was that the difference between box 1 and box 3 income was much too large to just be a 401(k).

·      It is compensation, meaning that there is (or was) an employment relationship.

·       The arrangement does not meet the requirements of standardized deferred compensation plans, such as a profit-sharing or 401(k) plan. You have one of those and tax Code requires to you include certain things and exclude others. That standardization is what makes the plan “qualified.”

A common type of nonqual (yep, that is what we call it) is a SERP – supplemental executive retirement plan. Get to be a big cheese at a big company (think Proctor & Gamble or FedEx) and you probably have a SERP as part of your compensation package.

Let’s give our mister big cheese a name: Gouda.

The taxation of a nonqual is a bit nonintuitive: the FICA taxation does not necessarily coincide with its income taxation.

Let’s run through an example. Gouda has a SERP. It vests at one point in time- say 5 years from now. It will not however be paid until Gouda retires or otherwise separates from service.

Unless something goes horribly wrong. Gouda does not have income tax until he receives the money. That might be 5 years from now or it might be 20 years.

The FICA tax is based on a different trigger: when does Gouda have a right to the money?

Think of it like this: when can Gouda sue if the company fails to pay him? That is the moment Gouda “vests” in the SERP. He has a right to the money and – barring the exceptional – he cannot be stripped of this right.

In our example, Gouda vests in 5 years.

Gouda will pay social security and Medicare (that is, FICA) tax in 5 years.

It is what sets up the weird-looking Form W-2. Let’s say the deferred compensation is $100 grand. The accountant is looking at a W-2 where box 3 income is (at least) $100 grand higher than box 1 income (remember: box 1 is income tax and Gouda will not pay income tax until gets the money).

There is even a name for this accounting: the “Special Timing Rule.”

Why does this rule exist?

You know why: the government wants its money - at least some of it.

But if you think about it, the special timing rule can be beneficial to the employee. Say that Gouda is drawing a nice paycheck: $400 grand. The social security wage base for 2020 is $137,700. Gouda is way past paying the full-boat 7.65% FICA tax. He is paying only the Medicare portion of the FICA - which is 1.45%. If the IRS waited until he retired, odds are the Gouda would not be working and would therefore have to pay the full-boat 7.65% (up to the wage limit, whatever that amount is at the time).

Can Gouda get stiffed by the special timing rule?

Mr Koopman retired from United Airlines in 2001. He paid FICA tax (pursuant to the special timing rule) on approximately $415 grand.

In 2002 United Airlines filed for bankruptcy.

It took a few years to shake out, but Mr Koopman finally received approximately $248 grand of what United had promised him.

This being a tax blog, you know there is a tax hook somewhere in there.

Mr Koopman wanted the excess FICA he had paid. He paid FICA on $415 grand but received only $248 grand.

In 2007 Koopman filed a refund claim for that excess FICA.

Does he have a chance?

Mr Koopman lost, but he did not lose because of the general rule or special rule or any of that. He lost for the most basic of tax reasons: one only has 3 years (usually) to amend a return and request a refund. He filed his refund request in 2007 – much more than 3 years after his withholdings in 2001.

Is there something Koopman could have done?

What could he have done?

I do not believe we have talked before about protective claims. It is a specialized technique, and an accountant can go a career and never file one.

I believe we have a near-future blog topic here. Let me see if I can find a case involving protective claims that you might want to read and I would want to write.