Has The IRS Noticed You?


My partner asked me today whether I thought we are seeing more tax notices. We are pretty keen on this issue, as tax notices – any tax notice – reflect badly on the quality of our work.  I would begin to question my dentist if I routinely received notices from the Internal Dental Service, the Ohio and Kentucky Departments of Dentistry, the Cincinnati Dentistry Division, …. You get the idea.

Have you heard about the IRS’ recent fishing expedition? It is called “Notification of Possible Income Underreporting.” There’s a name. Why don’t they just bash down your door and arrest you? 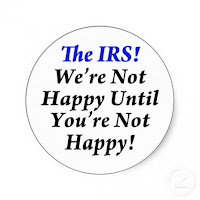 What is causing this is the use of debit and credit cards. The payment settlement entities (think Visa) and third-party payers (think PayPal) are now required to relay financial data to the IRS via Forms 1099-K. The IRS has their nose into how much you are depositing into your business checking account. You can pretty much guess that the IRS is matching A to B and is sending out letters when they do not match.

There are four possible letters the IRS may send, each requiring its own response:
Now, a normal person would anticipate that the IRS would compare what a business reports as gross revenue to the 1099-K.  As long as the first number equals or exceeds the second, all should be OK.

Oh, to be young and naive.

That is NOT what the IRS is doing.

How can the numbers go awry? Well, a couple of very common transactions come immediately to mind:

The IRS has created an alternate universe. How? Well, they did a study, apparently super-secret and better concealed than donor lists to Section 501(c)(4) nonprofit applicants or the tax records of the American Issues Project. This study has determined sales levels for different lines of business – dry cleaners, florists and so forth – as well as “average” proportions of debit and credit card sales to total sales. The IRS has one piece of this information – the debit and credit cards – so now it backs into expected sales (based on averages). If you report lower sales than that… BAM!... here’s your letter.

Why does this upset me?

(1)  This exercise is based on averages. The IRS is wasting a taxpayer’s time because somebody-who-knows-somebody-overheard-somebody-talking-about…. You get the idea. It would waste less time and possibly be cheaper for the government to just mug the taxpayer.

(2)  How much of a tax professional’s time – my time –are they wasting? Can I even bill for this nonsense? Last time I checked, the IRS is still not sending me a paycheck. Maybe I should start invoicing them.

(3)    Understand what the IRS is doing here: they are shifting an examination function onto the shoulders of the taxpayer and his/her tax advisor. The IRS can potentially ask for anything: maybe the name of the church you attend. It can then conduct a “study” to determine average donations to that church. Guess what? If you exceed that amount, get ready for a notice. Where does this end? If the IRS wants to examine you, then let them examine you! At least they would have skin in the game, as they would have to pay the examiner’s salary. Perhaps that would cool their heels a bit.

(4)    The backbone of our tax system has been voluntary compliance. As the nation becomes increasingly bankrupt, the “voluntary” part is becoming laughable. The government – enforcing through the IRS – is forever wringing us for more information: for FBARS, for cost basis on the mutual fund you sold, for the tax ID number of your child’s day care, for foreign bank reporting (FATCA) on your account overseas.

Think about that last one. How would you feel if Japan required all U.S. banks to report to Japan on accounts owned here by Japanese citizens? And – to put the cherry on the sundae – slap a 30% tax on any U.S. bank obstinate enough to not comply with Japan’s decree? I tell you what I would do if I were a bank president: I would not accept accounts from Japanese citizens. Guess what foreign banks are doing to American expats. Congratulations, you are smarter than an average U.S. Representative or Senator.

Going back to my partner’s question: yes, we are seeing more notices these days, because almost every year the IRS finds new ones to send out.

Goodness knows what they will trot out next year.


You may have read or seen that the IRS has ‘changed” the rules for innocent spouse relief.

While this is not wrong, it is incomplete. How? Because there are three ways to request innocent spouse status, and the IRS has changed one of them. The other two remain as they were before.

Being married and filing a joint tax return with your spouse is what creates this issue. You later divorce or separate from your spouse. You and your (now ex) spouse are audited by the IRS. Remember, the IRS lags a year or two before they select returns for audit. The IRS finds unreported income and assesses additional tax.  The income triggering the tax belongs to your ex-spouse. 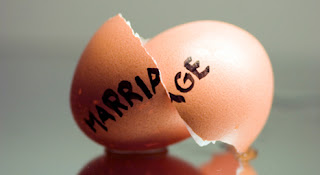 Let’s return to the joint tax return you filed. A joint return means that you are “jointly and severally liable.”  The IRS can proceed against you alone, against your spouse alone or against the two of you.  The IRS can, and likely will, proceed against you (for at least 50%) even if it wasn’t your fault. From their perspective, why not? They have nothing to lose, and it doubles their chance of getting someone to pay.

This is the point of innocent spouse relief. You want to separate your tax from that of your ex-spouse. Ideally, you want to completely separate your tax, so that the IRS leaves you alone for any additional tax, penalties and interest.

There are three types of innocent spouse relief.

Type I is “general” relief:

An “erroneous” item is IRS-speak for not reporting income or for overstating deductions.

The third requirement can be a tough to meet.  It is possible that you did not know, but that is not enough. The IRS wants to be sure that you had no reason to know. For example, you and your spouse reported $60,000 of income. That year you and your spouse bought a Colorado chalet and a Bugatti Veyron. Unless you had savings to tap into or one of you inherited, expect the IRS to be very skeptical of you denying any “knowledge.” They will figure that you should have known.  And it doesn’t have to be as dramatic as a Swiss chalet. Perhaps you and your ex moved to a nicer neighborhood. Or enrolled the kids in a private school. Or started showing horses.  A quick review of your income and savings would prompt one to wonder how you paid for everything. Expect the IRS to argue that you had “constructive” knowledge. That is, you “had reason to know.”

Type II is “separation of liability.”

It does have the advantage of appearing “fair.”

Oh, the IRS requires that you be divorced, legally separated or at least living apart for the 12-month period preceding the innocent spouse filing. Don’t be surprised if your tax planning includes advice to get divorced.

What is going to sour the IRS on this deal, other than their general reluctance to let anyone off the hook?  Well, that “knowledge” requirement we discussed previously will derail you, with one important distinction: you must have actually known of the tax understatement. The “you should have known” argument is not good enough to deny you the second type of innocent spouse relief.

A second thing that will sink the separation of liabilities is transferring assets for the main purpose of avoiding payment of tax. You can expect the IRS to want to review every significant asset move between you and your ex.

You must request Type I and Type II innocent spouse relief within 2 years after the date on which the IRS first begins collection activity against you. This is not the same as the date you filed the return. Rather it is the date that the IRS sends you a letter or asks you to go downtown for a meeting.

Equitable relief is only available if you meet the following conditions:
Well, unfair is in the eye of the beholder, isn’t it? What facts and circumstances will the IRS consider as they ponder whether to be fair or unfair?
·
The IRS had previously held Type III relief to the same time limit as Types I and II. While not in the Code itself, the IRS inserted the time limit into its Regulations and battled hard to have the courts accept its position.

The IRS lost a high profile case (Lantz) on this issue in 2010. Lantz was the former wife of an Indiana dentist. In 2000 her then-husband was arrested for Medicaid fraud. Shortly thereafter came a $900,000 IRS bill. She didn’t file for innocent spouse because he told her that he had taken care of it. He did not, of course. Shortly thereafter he died.

And of course more than two years had gone by…

The IRS Taxpayer Advocate howled at what was happening to Mrs. Lantz. Forty-nine members of the House of Representatives sent a letter to the IRS Commissioner demanding a stop to such behavior.

The IRS did, and in 2011 it announced that it was backing-off the two-year requirement for Type III innocent spouse claims.

The IRS has now published Regulations formalizing what it announced back in 2011.

So how long do you have now to file a Type III innocent spouse claim? You have ten years – the same period as the IRS has to collect taxes from you.

My Thoughts: To hold an innocent spouse to a two-year window – when the law passed by Congress said nothing about a two-year window for Type III relief – was a clubfooted mistake by the IRS. It is a bit late, but the IRS finally got it right.

By the way, if you have been turned down for innocent spouse – and you are still within the ten-year window – please consider filing again under the new rules.