When Hardship Is Not Enough


Let’s talk a bit about hardship distributions from your retirement plan – perhaps your 401(k).

You may know that you are not supposed to touch this money before a certain age. If you do, not only will there be income taxes to pay, but also a 10% early withdrawal penalty. These are two moving pieces here: one is the income tax on the distribution and another for the 10% penalty.

Here is a question for you:


Let’s say you can withdraw money from your plan for hardship reasons. Does that mean that the penalty does not apply?

The answer is no. One would think that the two Code sections move in tandem, but they do not.

Candace Elaine ran into this in a recent Tax Court decision.

Candace lived in California, and in 2012 she withdrew $84,000 from her retirement plan. She had lost her job in 2009, and she was trying to support herself and family.

The tax Code applies two requirements to the income taxation of hardship withdrawals:

·        On account of an immediate and heavy financial need, and
·        Any amount withdrawn is limited to actual need

An “immediate and heavy financial need” would include monies needed for medical expenses or to avoid foreclosure. In addition, one is not allowed to withdraw $20,000 if the need is only $12,000, with the intention of using the excess for other purposes.

The plan custodian is the watchman for these two requirements. The custodian is to obtain reasonable assurance of need and inquire whether other financial resources exist. This is a role above and beyond routine administration, and consequently many plans simply do not offer hardship withdrawals.

Candace met those requirements and her plan allowed withdrawals. She reported and paid income tax on the $84,000, but she did not pay the 10% penalty.

The IRS bounced her return. Off to Tax Court they went, where Candace represented herself.

Her argument was simple: I received a hardship distribution. There is an exemption for hardship.

The IRS said that there was not. And in the spirit of unemployed taxpayers trying to support their family, the IRS assessed a penalty on top of the 10% chop.

The Court pointed several exceptions to the 10% early withdrawal penalty, including:

There isn’t one for hardship, though.

Meaning that Candace owed the 10% penalty.

The Court did note that the misunderstanding on the 10% is widespread and refused to assess the IRS’ second penalty.

Why did Candace not just borrow the money from her 401(k) and avoid the issue? Because she had been let go, and you have to be employed in order to take a plan loan.

What if she had rolled the money into an IRA?

IRAs are not allowed to make loans, even to you. The only way you can get money out of an IRA is to take a distribution. This is what sets up the ROBs (Roll-Over as Business Start-Up) as a tax issue, for example.

Candace was stuck with the penalty.

Travel Expenses And Your “Tax” Home


I have a friend who used to commute from northern Kentucky to San Francisco.

He has a unique skill set, and the California employer wanted that skill set badly enough to allow him to work a  week there and a week here.

While his employer paid for his commute - and his lodging and meals while in California - let us frame a tax question for more ordinary taxpayers like you and me:

Can you deduct your expenses while working out of town?

We will use the Collodi decision to walk through this issue.

Mario Collodi lived in northern California - Paradise, California, to be precise. In 2011 he was working for an employer in southern California. He would work a week of 12-16 hour workdays, and then he would return home for a week off. His wife and children lived in Paradise year-round. He was not trying to find work closer to home.

When he filed their 2011 tax return he claimed almost $30 thousand in travel expenses.

The IRS pulled their return and disallowed his travel expenses.

He makes a certain amount of sense.

The IRS fired back with the following:

COMMENT: It is odd to think of one's tax home that way, but it makes more sense if you consider that the term "home" is being used in an income-tax context. If one's purpose to tax your income, then it makes sense that “home” would be redefined to where you earn that income.

It all came down to this: how long was Collodi in southern California?

More than a year, way more than a year. He was not "temporary." He was "indefinite" and did not qualify for any travel deduction.

At least the Court did not pop them for penalties, reasoning that they relied on a tax professional to prepare the return.

OBSERVATION: The professional should have known better, though. While not said, I wonder whether he/she drew a preparer penalty.

Circling back to my commuting friend, he would not have been able to deduct his northern Kentucky - California travel expenses as he worked there for well over a year. He would have been deemed "indefinite," meaning his tax home moved with him when he traveled to San Francisco.

Why did he not move?

How did the story turn out?

He changed jobs eventually. The commute and hassle wasn't worth it.
Posted by Cincinnati Tax Guy at 4:00 PM No comments:


Let's talk about a tax break; some may even call it a gimmick. It will never affect your or me, unless we go into the federal government.

Sale of property to comply with conflict-of-interest requirements

(a) Nonrecognition of gain

If an eligible person sells any property pursuant to a certificate of divestiture, at the election of the taxpayer, gain from such sale shall be recognized only to the extent that the amount realized on such sale exceeds the cost (to the extent not previously taken into account under this subsection) of any permitted property purchased by the taxpayer during the 60-day period beginning on the date of such sale.

For purposes of this section -

(A) an officer or employee of the executive branch, or a judicial officer, of the Federal Government, but does not mean a special Government employee as defined in section 202 of title 18, United States Code, and

(B) any spouse or minor or dependent child whose ownership of any property is attributable under statute, regulation, rule, judicial canon, or executive order referred to in paragraph (2) t a person referred to in subparagraph (A).

Let's say that you are pulling down several million dollars a year from your day job. You have the opportunity to head-up the EPA or the National Park Service. It is almost certain that your paycheck will shrink, and the Congressional committee investigating you may request you sell certain investments or other holdings to avoid conflict of interest concerns. 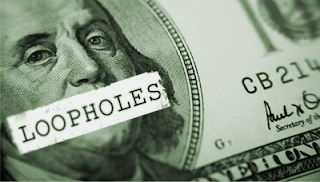 Folks, this is an uber-elite tax problem.

To ease your decision, the tax Code will allow you to sell your investments without paying any tax. To do so you are required to buy replacement securities within 60 days, and the non-taxed gain will reduce your basis in the new securities.

OBFUSCATION ALERT: To say it differently, your "basis" in the old securities sold will carry-over as your basis in the new securities.

By way, it is not necessary to have Congress to tell you to unload your investments. There is a more lenient "reasonably necessary" standard that might work for you. I am reasonably certain I could come up with some necessary argument so I would not pay tax.

While sweet, Section 1043 is not a complete escape clause. If you think about it, all you have done is delay the taxable gain until you sell the new securities. I suppose an escape clause is to die without selling, but I generally do not consider dying to be a viable tax strategy.

The numbers can add-up, though. It is estimated that Paul O'Neill, a former Treasury Secretary, sold approximately $100 million of Alcoa stock when he took the position. I do not know what the gain would have been (as we do not know the cost), but the tax he deferred must have been eye-opening.

By the way, you can get the same break by drawing a judicial appointment.

I do have a question: do you wonder why the politicos never mention Section 1043 whenever they rail against "tax breaks" used by wealthy people?


Nah, there is no wonder at all.

Do You Have To Register To Be Considered A College Student?

I cannot believe this case made it to the Tax Court.

Granted, it is a "pro se" decision, which means that the taxpayer represented himself/herself. It sometimes is the professional wrestling of tax literature.

I will give you the facts, and you can tell me how the case was decided.

Through 2012 Brittany was a student at Saddleback College (Saddleback) in Mission Viejo, California. Our story takes place in the spring, when Brittany registered for a five-hour physiology course.  She also attended (for eight weeks, at least) a contemporary health course, although she never registered or enrolled in the course.

She filed her 2012 tax return and claimed a $2,500 American Opportunity tax credit. This is the credit for the first four years of college.

The IRS bounced the return. It pointed out the following from Code section 25A:

The Hope Scholarship Credit under subsection (a)(1) shall not be allowed for a taxable year with respect to the qualifies tuition and related expenses of an individual unless such individual is an eligible student for at least one academic period which begins during such year.

The term "eligible student" in turn is defined as one carrying at least half the normal full-time workload at school.

The IRS saw a five-hour load and did not see an eligible student.

Brittany did not see it that way. She saw a five-hour load and her sitting-in on a three-hour course. That added up to eight hours, which was more than half-time.

What did the Tax Court decide?

We do not need Apple's tax department for this one.

The Regulations require that a student enroll at the school. And the course. Each course. 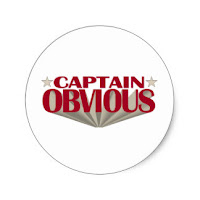 Five hours was not enough to be half-time. She did not qualify for the credit.

Posted by Cincinnati Tax Guy at 5:30 PM No comments: