BTW, congratulations. You have done well. Not Thurston Howell III well, but well enough that Congress considers you wealthy. Then again, one of the last times I paid attention Congress was working on a 10-percent approval rating.

How much of a Roth contribution can you make?

So, how much can you contribute?

Would you believe nothing?

Yep, zero. You make too much money. 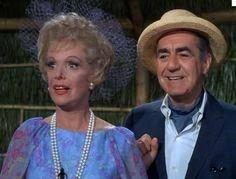 And there is our segue to the nondeductible IRA. The “nondeduct” still exists, but it has been eclipsed (and rightfully so) by the Roth.

The nondeductible preceded the Roth. The idea is that you get no deduction going in, but only a percentage is taxable coming out.

Here is an example. You fund a nondeductible for a decade. You contribute $55,000. Years later, it is worth $550,000 and you start taking withdrawals. How is this taxed?

This thing is a distant cousin to the Roth, where the whole $20,000 would be nontaxable. You would always Roth rather than nondeduct – if you can.

But you can nondeduct. It is one thing the nondeduct brings to the party – there is no income limit. Make a zillion dollars and you can still put $5,500 into your nondeductible IRA.

If you do, the IRS wants you to attach a form to your return – Form 8606. It alerts them that a nondeductible exists, and it also reminds you of your accumulated contributions decades later when you begin withdrawals. You are going to need that number to calculate your percentage.

I was looking at case where the taxpayer had a nondeductible IRA and it was decades later. He had to calculate the taxable percentage, but he had never completed Form 8606 to do the calculation or to alert the IRS.

COMMENT: And we know this is wrong. He was thinking of a Roth, where the whole thing is nontaxable. This is a nondeductible, and only a percentage is nontaxable.

The IRS wanted to tax it all. He had – gasp! – failed to attach…the…proper… form.

Problem was; he did not have the best documentation. No doubt it would been better to file and update that 8606 as he went along.

The Court looked at available documentation, which was sparse.

(1) There was a Citibank summary statement sometime around 1998 showing cost and value.
(2) The taxpayer had Forms 5498 from 2007 through 2013. If you have ever funded an IRA, then you have received one of these. Form 5498 shows your contributions for the previous calendar year. His 5498s showed that he put in no fresh money from 2007 onward.
(3) Taxpayer showed that he was high-income for the years before 2007 when he made his IRA contributions.

The Court gave him the benefit of the doubt. It knew that the IRA account was not a Roth. That left only deductible and nondeductible IRAs. If he was high income and covered by a plan at work, he could not have made a deductible IRA contribution. By process of elimination, the IRA had to be nondeductible.

He was not in the clear though. The Court reminded him that a nondeductible percentage of zero is almost impossible, as the IRA would have to go down in value. He had to calculate his percentage and would have taxable income, but not as much as the IRS wanted.

I suspect I will see this fact pattern as boomers with nondeductible IRAs enter retirement. The Tax Court has given us guidance on how to work around poor recordkeeping.

The case for the home gamers is Shank v Commissioner.

Posted by Cincinnati Tax Guy at 8:00 PM No comments:


There is a tax case coming before the Supreme Court. It involves Wayfair, the online home goods company, and sales taxes. 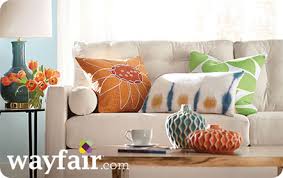 The issue can be summarized as follows: if I do not have a building or inventory or employees in your state, can you force me to collect your taxes?

The Wayfair case is an evolution of the Quill case, decided by the Supreme Court in 1992. Quill is an office-supply company, and in 1992 the issue was whether North Dakota could tax Quill just because it sent catalogues to residents of the state.

North Dakota was adamant: Quill was regularly and systematically soliciting its citizenry. It did not care that Quill had no presence in the state. By that reasoning Norway could have also taxed Quill, but let’s not introduce common sense into this argument.

The Supreme Court was unwilling to go that far, recognizing that sales taxation was (and is) the wild west of taxation. Each state has its own rules and - depending upon the state - there can also be counties and cities imposing sales tax.

What has changed since Quill? The internet, of course.

The new argument is that the internet has revolutionized how business is done.

But sales taxes are still eccentric, often cryptic and frustratingly inconsistent. The internet has not revolutionized that. Perhaps Amazon can wield the accounting staff necessary to comply, but a small business may have a different result.

I have a client that got mugged by the “tattletale” statutes that some states are now implementing.

It applies if you do not otherwise collect Washington sales tax.

Let’s say that you sell promotional materials for old-time movies. You have a modest warehouse in a nondescript part of town, You sell exclusively over the internet, and you get paid almost exclusively through PayPal.

You have a sale in Washington state. Then two, four, ten…. You get the idea.

Washington is watching you.

(1) Conspicuously post on your website that sales taxes are due and that the purchaser must file a use tax return.

Let’s say that you actually sell something.

(2) You must provide a notice with every sale that no sales tax is being collected, that the purchaser should file a use tax, and instructions on how to pay the use tax. The notice must be “prominently” displayed.

You write a standard notice and keep copies.

(3) At year end you must send the purchaser a list of everything they bought, by date. You again must provide the usual gospel on use tax and how to get information on its filing.

This starting to get expensive. Who has time for this nonsense?

Make time. The penalties begin at $5,000 and can increase exponentially.

(4) You must send a copy of that list to the state of Washington.

By my math, if you sell $10,001 into Washington and do not become an unpaid agent of the Department of Revenue, you are exposed to $45,000 in penalties.

Washington of course says that it can waive penalties.

Fairy tales used to be for children.

And the fairy tale is a one-off only. There is no second chance at a waiver.

Mind you, Washington’s state sales tax rate is 6.5%. Go to Seattle and you pick up a city sales tax, making the combined rate 9.6%

What pathological bureaucrat sets the bar at $650 in sales tax?

This is the standard structure of the tattletale laws: resistance is futile.

In ancient times – say the 1980s – there was a concept in state taxation called the Commerce Clause. This refers to the Constitution and its restriction on states to not so burden and fetter their laws so as to interfere with interstate commerce.

Seems to me that the Supreme Court should consider the Commerce Clause implications of a $45,000 penalty on $10,001 in sales when considering the Wayfair decision.

Fairy tales used to be for children.

Posted by Cincinnati Tax Guy at 8:30 PM No comments:

When Do You Become A Landlord?

There is a requisite to being an NFL player – current or retired.

You must have played in the NFL.

There is a tax spiff on this point when you decide to landlord.

When does your rental start?

Probably when you place it in service, that is, when you have a tenant and begin receiving rent.

Can it start before then? Say that you are having trouble getting a tenant. Can you can say that you started renting before you have a tenant?

It probably can happen, but you had better line-up your facts in case of challenge.

I am looking at a case where the IRS assessed the following tax:

Numbers like that will attract attention, the kind that can result in a challenge.

There is a doctor who now lives in Florida but used to live in Rhode Island. In 2004 he and his wife bought a mansion in Newport. The house was derelict, having been vacant for four decades. 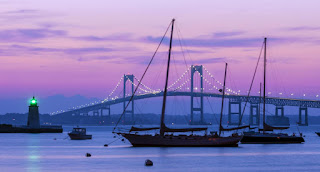 It was uninhabitable, so the first thing they did was bring in a contractor.

It was a historic property, so there were also some tax credits in there.

That is a lot of restoration.

I suppose that answers the issue of whether this was ever a principal residence. It could not be if one could not live in it.

In 2006 they met a rental agent who specialized in luxury properties.

Seems that one could argue that it was available for rent in 2007.

By 2007 the agent was hopeful she could attract a renter. She held up actively marketing it, however, as renovations were unfinished.

Sure enough, one of her clients expressed an interest in 2008.

The debt on this fiasco was ballooning, so the doctor and his wife decided to dump the house. The ante was upped when the bank increased their monthly payment in 2008 from $25 grand to $39 grand a month.

Count me out on ever renting this place.

They filed their 2009 tax return and reported a capital loss of a gazillion dollars.

Tax advisors are not overly fond of capital loses, as the only thing they can offset – with one exception – is capital gains. If you have no capital gains, then the loss just sits there – unused and gathering dust.

The doctor and his wife met a tax advisor who said that he could help: just treat the house as business property and the loss would be deductible. The good kind of loss – the kind you can actually lose.

They amended their 2009 return and reported a $8-plus million business loss.

Now they had a 2009 net operating loss. They carried the loss backward and forward. There were tax refunds and jollity aplenty.

However, numbers like that attract IRS attention, especially when you amend a return.

The IRS did not believe they had business property. If it was not business, then the initial reporting as capital loss was correct. The IRS wanted its money back.

Don’t think so, replied the doctor and his wife.

At issue was whether the house ever shifted to rental status, as that is the trigger for it to be business property.

There was one key – and punishing – fact: they never rented the house.

Perhaps the doctor and his wife would have held on – at least long enough to rent for a while – if the monthly payment had not skyrocketed. They were pushed into a corner.

The best they could do was a capital loss.

What is the one exception to a capital loss I alluded to earlier?

You can deduct $3,000 a year against non-capital-gain property.

Which is no solace when you have an $8-plus million capital loss.

The case is Keefe v Commissioner for the homegamers.


Posted by Cincinnati Tax Guy at 1:00 PM No comments: