We have received several calls on the proposed $3 million cap on 401(k)s and IRAs. Some of those discussions have been spirited.

What is it? Equally important, what is it not?

The proposal comes from the White House budget. Here is some text:

The budget will also show how we can provide targeted tax relief to strengthen the economy, help middle class families and small business and pay for it by eliminating tax loopholes and make the tax system more fair. The budget will include a new proposal that prohibits individuals from accumulating over $3 million in IRAs and other tax-preferred retirement accounts. Under current rules, some wealthy individuals are able to accumulate many millions of dollars in these accounts, substantially more than is needed to fund reasonable levels of retirement saving. The budget would limit an individual’s total balance across tax-preferred accounts to an amount sufficient to finance an annuity of not more than $205,000 per person per year in retirement, or about $3 million in 2013."

Let us point out several things:

(1)    The proposal would not force monies out of an existing retirement plan. It would instead prevent new monies going into a plan.

This raises a question: should one draw enough to reduce the balance below $3 million, would one be able to again contribute to the plan?

(2)    The proposal uses the term tax “preferred” rather than tax “deferred.”  This indicates that the proposal would reach Roth IRAs. Roth IRAs are not tax deferred, as there is no tax when the funds come out. They instead are tax “preferred.”

There is some rhyme or reason to this proposal. $205,000 is the current IRC Section 415 limit on funding defined benefit (think pension) plans. The idea here is that the maximum tax deduction the IRS will allow is an amount actuarially necessary to fund today a pension of $205,000 sometime down the road. The closer one is to retirement, the higher the Section 415 amount. The farther one is, the lower the Section 415 amount. This proposal is somewhat aligning limits on contribution plans with existing limits on benefit plans.

(3)    The $3 million is an arbitrary number, and presumably it would change as interest rates and actuarial life expectancies change over time. If longevity continues to increase, for example, the $3 million may be woefully inadequate. Some planners consider it inadequate right now, at least if one is trying to secure that $205,000 annual annuity.

(4)    Would the annuity amount increase with inflation? Assuming an average inflation rate of 4.5 percent, one would lose almost three-quarters of a fixed annuity’s purchasing power over 30 years.

The frustrating thing about the proposal is that it affects very few people. The Employee Benefit Research Institute estimates that only 1% of investors have enough to be subject to this rule. This of course feeds into the perceived anti-success, anti-wealth meme of this White House.

(5)    The amount of money to be raised over a decade is also chump change for  the federal government: less than $10 billion.

Something to remember is that account balances in 401(k), SEP, SIMPLE and regular IRA accounts will be taxable eventually. IRAs are subject to minimum distribution rules, for example. The larger the balances, the more the government will take in taxes. Dying will not make the tax go away. In fact, it may serve to accelerate required distributions to a beneficiary and taxes to the government.

The budget was dead on arrival at Capitol Hill. Let us hope that less ideologically rigid minds on the Hill keep it so. 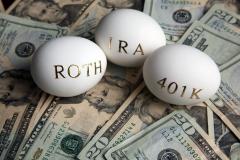 Posted by Cincinnati Tax Guy at 5:30 PM No comments:


Last Friday the IRS sent an e-mail alerting its employees that furlough notices are looming, beginning today.
Everyone is covered by this furlough, and that means everyone from the acting commissioner and executives to managers and employees,” said acting IRS Commissioner Steven Miller.

For your planning purposes, the first furlough days will be May 24, June 14, July 5, July 22 and August 30, with another two days possible in August or September.”

Furloughing IRS employees is further evidence of the ongoing damage sequestration is causing across the country.”
Sure. It’s virtually post-apocalyptic out there.

You may remember that sequestration cuts kicked-in upon failure to arrive at a federal budget. Sequestration amounts to approximately 2 pennies per federal dollar – hardly an intimidating amount to almost anyone not drawing a government check. On the flip side, so may programs are excluded – social security, Medicare, Obama’s vacations – that the unprotected programs are facing much more than 2% average cuts.

Furlough means that IRS employees will be taking days off without pay. The financial effect will vary from family to family, of course, but it is unwelcome news.

Kudos to the IRS for not proceeding with furloughs during the filing season. It was already a difficult season, with a tax bill signed in January and a corresponding delay in the IRS accepting certain tax schedules and forms. 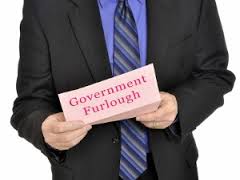 Posted by Cincinnati Tax Guy at 10:00 AM No comments:

Remember to laugh when you can.

Beer, Pepsi, A Cincinnati Family And The Estate Tax


I am reviewing a tax case involving estate taxes, generation-skipping taxes, a Cincinnati family, and a beer brand only recently brought back to the market. Let’s talk about it.

John F. Koons (Koons) owned shares that his father had bought during the 1930s in Burger Brewing Co., a Cincinnati brewer known for its Burger beer. The Cincinnati Reds broadcaster Waite Hoyt nicknamed a deck at Crosley Field (where the Reds then played) “Burgerville.” 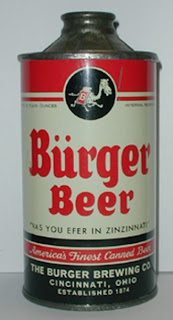 During the 1960s the company began bottling and distributing Pepsi soft drinks. In the 1970s it left the beer business altogether. The company changed its name to Central Investment Corp (CIC), and Koons was its largest shareholder.

In the late 1990s Koons got into litigation with PepsiCo. By 2004 PepsiCo suggested that the litigation could be resolved if CIC sold its soft drink business and left the Pepsi-Cola system.

In July, 2004 Koons revised his will to leave the residue of his estate to a Revocable Trust.

In December, 2004 Koons and the Koons children executed a stock purchase agreement with PepsiCo. Koons owned 46.9% of the voting stock and 51.5% of the nonvoting stock of CIC.

The deal was sweet. PepsiCo paid $50 million to settle the lawsuit as well as $340 million, plus a working capital adjustment, for the shares of CIC.

There was a kicker in here though: the children’s agreement to sell their CIC shares was contingent on their also being redeemed from CI LLC. It appears that CI LLC was going to be professionally managed, and the children were being given an exit.

In January, 2005 CI LLC distributed approximately $100 million to Koons and the children.

By the end of January two of the four Koons children decided to accept the buyout offer.

In February, 2005 Koons amended the Revocable Trust. He removed the children, leaving only the grandchildren. He then contributed his interest in CI LLC to the Trust.

NOTE: A couple of things happened here. First, the trust is now a generation-skipping trust, as all the beneficiaries in the first generation have been removed. You may recall that there is a separate generation-skipping tax. Second, Koons’ interest in CI LLC went up when the two children agreed to the buyout. Why? Because he still owned the same number of shares, but the total shares outstanding would decrease pursuant to the redemption.

Koons – who would soon own more than 50% of CI LLC - instructed the trustees to vote in favor of changes to CI LLC’s operating agreement. This prompted child number 2 – James B. Koons – to write a letter to his father. Son complained that the terms of the buyout “felt punitive” but thanked him for the “exit vehicle.” He told his dad that the children would “like to be gone.”

Sure enough, the remaining two children accepted the buyout.

And the Koons estate had taxes coming up.

CI LLC agreed to loan the Trust $10,750,000 to help pay the taxes. The note carried 9.5% interest, with the first payment deferred until 2024. The loan terms prohibited prepayment.

The estate tax return showed a value over $117 million for the Trust.

The estate tax return also showed a liability for the CI LLC loan (including interest) of over $71 million.

And there you have the tax planning! This is known as a “Graegin” loan.

NOTE: Graegin was a 1988 case where the Court allowed an estate to borrow and pay interest to a corporation in which the decedent had been a significant shareholder.

Did it work for the Koons estate?

The IRS did not like a loan whose payments were delayed almost 20 years. The IRS also argued that administration expenses deductible against the estate are limited to expenses actually and necessarily incurred in the administration.  The key term here is “necessary.”

Expenditures not essential to the proper settlement of the estate, but incurred for the individual benefit of the heirs, legatees, or devisees, may not be taken as deductions.”

The estate argued that it had less than $20 million in cash to pay taxes totaling $26 million. It had to borrow.

You have to admit, the estate had a point.

The IRS fired back: the estate controlled the Trust. The Trust could force CI LLC to distribute cash. CI LLC was sitting on over $300 million.

The estate argued that it did not want to deplete CI LLC’s cash.

The Court wasn’t buying this argument. It pointed out that the estate depleted CI LLC’s cash by borrowing. What was the difference?

Oh, oh. There goes that $71 million deduction on the estate tax return.

It gets worse. The IRS challenged the value of the Trust on the estate tax return.  The Trust owned over 70% of CI LLC, so the real issue was how to value CI LLC.

The estate’s expert pointed out that the Trust owned 46.9% of CI LLC at the time of death. There would be no control premium, although there would be a marketability discount. The expert determined that CI LLC’s value for tax purposes should be discounted almost 32%.

The IRS expert came in at 7.5%. He pointed out that – at the time of death – it was reasonably possible that the redemptions of the four children would occur. This put the Trust’s ownership over 50%, the normal threshold for control.

Any increase in the value of CI LLC would increase the generation-skipping tax to the Trust.

Any increase in the value of the Trust would increase the estate tax to the estate.

The tax damage when all was said and done? Almost $59 million.

Given the dollars involved, the estate has almost no choice but to appeal. It does have difficult facts, however. From a tax planner’s perspective, it would have been preferable to keep the Trust from owning more than 50% of CI LLC. Too late for that however.