There is an interesting tax article in today’s The New York Times. It discusses the new reporting of employer-provided health insurance on your 2012 W-2. It shows up in Box 12 of the W-2 with code “DD,” and the amount includes both the portion you paid and the portion your employer paid. The article discusses the surprise for some people upon realizing the cost of this benefit.

Being The New York Times, the article had to include some mind-numbing pro-statist comment, and here it is:

The tax-free treatment of employer-provided health benefits is the largest tax break in the tax code, costing the government roughly $180 billion a year in lost revenue, or 80 percent more than the home mortgage interest deduction, according to the administration.”


"Congress went well toward the limits of its constitutional functions, in the estimation of many good lawyers, in the enactment of this law which grants inquisitorial powers that in the hands of careless officials could prove a menace to the country." 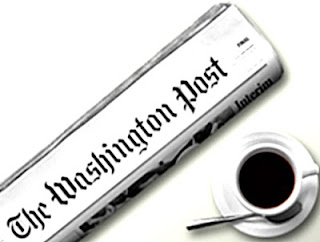 Why so late? You recall that Congress passed, and the President signed, a tax bill on January 1, 2013. This tax bill was retroactive to 2012. While the IRS tried to anticipate what would be in the bill, to do so exactly is nearly impossible. The IRS in turn separated the tax changes into two categories: those affecting the most people and the balance of the changes. It has programmed those changes with the widest effect, and this first category of taxpayers can begin filing today.

So if you claim state sales tax (because your state does not have an income tax), claim an education deduction or claim schoolteacher expenses, you can begin filing today.

What if you claim depreciation, own and rent a duplex or have a kid in college and claim an education tax credit (rather than a deduction)? You are in the second group and have to wait until late February or March. Your tax preparer can prepare your tax return, but he/she cannot send it to the IRS until then.

Here is the list of tax changes and forms included in the second category, if you wish to labor through them:

There is some rhyme or reason to what the IRS is doing. Category two changes require more extensive programming. In addition, those tax attributes tend to appear on more complicated returns. These returns – as a rule of thumb – are prepared later in the filing season or are extended.

Expatriates And The New ObamaCare Taxes


What is our government going to do next to U.S. expats?

An expat is an American who lives – and possibly works – overseas. An expat has domiciled in a foreign country. How does this happen? One easy way is the military or foreign service. One has reason to be overseas, enjoys the lifestyle and develops roots in another country. I have family, for example, that are unlikely to return to the United States. Why would they? They have lived overseas for decades.

You say to me: Steve, my taxes in Canada are higher than in the United States. I know that the U.S. allows a foreign tax credit. Since I paid Canadian tax, I should get a dollar-for-dollar credit. I won’t owe anything, right?”

For many years that would have been right. It appears that it is no longer right, however.

The reason is that the ObamaCare 3.8% tax may not be a “creditable” tax. That means that the foreign tax credit cannot reduce it. It appears that you will be writing a check to Uncle Sam for $1,520, no matter what taxes you paid Canada.

What a mess for American expats.

Since we have waded into these waters, let us also mention the additional 0.9% Medicare tax. That tax also applies at $200,000/$250,000, but it applies to your earned income. Think salary and bonus.

But then ... who knows for sure? There is no coherence to this rave, other than Washington’s ongoing obsession with taking more of your money. This is not a healthy system.

Posted by Cincinnati Tax Guy at 4:30 PM No comments:

Taxpayer Advocate Reports That Taxes Are Too Complicated


In the Taxpayer Advocate 2012 Annual Report to Congress, Nina Olson states that it takes U.S. taxpayers more than 6.1 billion hours to complete all the tax filings required by the tax system.

Think about this for a moment. It takes more than 3 million full-time employees to administer the U.S. tax system.

Here are other observations:

Here is one that gave me pause:


And you knew this one was coming: 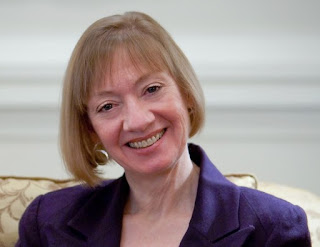 My Take? I believe that the IRS is underfunded, and that such underfunding represents a risk. I point out, however, that the underfunding is greatly attributable to governmental overreach, although it may be fair to say that the President and Congress have left the overreach on the IRS’s doorstep.

And a receipt?! No thank you. I am aware of how my money is spent. That is a big part of the problem.

I have very much come to like Nina Olson. No one in Washington will listen to this report, however. Not this crowd. Not this year.

Posted by Cincinnati Tax Guy at 1:30 PM No comments: