If you were (a) living in Tampa Bay (b) driving a $90,000 car you paid cash for with (c) no visible means of support, would you post the following on Facebook:

Her name is Rashia Tocara Wilson, and it is doubtful that she has ever been the brightest bulb in the room. 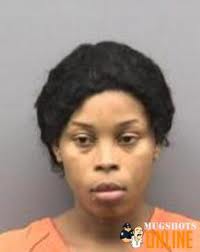 According to investigators, Wilson and two men have been under suspicion since 2010, when they were at a motel involved in a drug sting. The police noticed a significant decline in drug-dealing activity thereafter and speculated that many of those involved switched to the easier and more profitable business of tax fraud.

There was evidence of ID and tax fraud uncovered during the raid. So much so, in fact, that local authorities launched a coordinated year-long effort with federal authorities nicknamed “Operation Rainmaker" for the cash raining down on the suspects. Since the motel raid, Tampa police continued investigating and gathering evidence on the three.

The tax fraud is not particularly complex.  The crook obtains someone's name, Social Security number and date of birth. After making sure that no one has filed a tax return under the social security number, the crook files online using software such as Turbo Tax. The crook obtains a tax refund, perhaps on a prepaid debit card.

Tampa has been deemed the “worst in the nation” for tax refund fraud. Interestingly, Rashia and the two others are considered the “pioneers” of tax fraud in Tampa. Major Ken Morman of the Tampa Police Department stated:


We believe that they are the ones that organized and recruited, they were the pioneers that actually set in the process everyone who is involved in this phenomenon. The vast majority of the people we've interviewed have been linked back to them one way or another.

These are the organizers.  These were the ones that actually structured and directed everybody when this phenomenon started.

Wilson and her boyfriend were indicted conspiring to steal more than $1.1 million by filing fraudulent tax returns.


Posted by Cincinnati Tax Guy at 5:30 PM No comments:


Have you heard of Gerard Depardieu?

I admit, I previously had not. He is a French actor of some renown. He has played Jean Valjean (“Les Miserables”) as well as Cyrano de Bergerac, owns vineyards as well as a number of restaurants in Paris. He recently has gathered notoriety by publicly (and somewhat vocally) expatriating from France to Belgium, primarily for tax reasons. 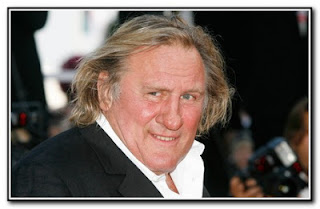 We have discussed previously that the new French government is implementing a 75% tax on incomes above (approximately) 1.3 million dollars. Depardieu fired back with the following:
I was born in 1948.  I began working at the age of 14 as a printer, as a store handler, then as a dramatic artist. I've always paid my taxes, whatever the level and under all serving governments. At no moment have I avoided my duty. Other, more illustrious people than me have become expatriates or left our country. ... I am leaving because you consider that success, creation, talent, in fact, being different, must be punished."

One would think that he gave away wartime secrets, to hear from government officials.

* Prime Minister Jean-Marc Ayrault said: "I find this quite shabby. All that just to avoid paying tax. Paying tax is an act of solidarity, a patriotic act.

* Labor Minister Michel Sapin said that Depardieu was an example of “personal degradation.”

* Culture Minister Aurelie Filippetti accused Depardieu of “deserting the battlefield in a war against the economic crisis.”

* President Francois Hollande said “When someone loves France, he should serve it.”

QUESTION: Is this the French equivalent of “America, right or wrong” from the Vietnam War era? Didn’t Michael ridicule Archie for this very position on All in the Family?

It reveals an absence of common sense on the part of a government that is always insulting rich people.

They should reflect on the wisdom of their own actions rather than attacking those who succeed or show some spirit of enterprise. The young people in this country work hard and want to believe in their fortunes. Why would they want to become cash cows of people who insult them? It's desperate. That's the real scandal!"

Depardieu has received public support from Bridgette Bardot and Catherine Deneuve. The support from Bardot was a bit surprising, as she rarely makes public statements and has previously clashed with Depardieu over animal welfare. Depardieu is a vocal supporter of bull fighting.

The Russian individual tax rate is 13 percent. Yes, you read that correctly.

My Take: Borrowing the old saw, a government that robs Gerard to pay Paul can always count on the support of Paul. Gerard however might choose to leave the game – or just leave. What is it about this simple observation about human behavior that every generation of politicians – including ours - seems unable to learn?
Posted by Cincinnati Tax Guy at 10:30 AM No comments: