Rolling Over An Inherited IRA

I admit that my response is colored by being the tax guy cleaning-up when something goes awry. Unless the administrator just refuses a trustee-to-trustee rollover, I am hard pressed to come up with a persuasive reason why someone should receive a check during a rollover.

Let’s go over a case. I want you to guess whether the rollover did or did not work.

The daughter rolled over $35,358 and kept the smaller check.

She did not have an early distribution penalty, as that penalty does not apply to inherited accounts.

What do you think?

Let’s go over it.

There is no question she was well within the 60-day period.

The money went into an IRA account. This is not a case where monies erroneously went into something other than an IRA.

This was the daughter’s only rollover, so we are not triggering the rule where one can only roll IRA monies in this manner once every twelve months.

The Court decided that the daughter was taxable on the full amount.

She ran face-first into a sub-rule: one cannot rollover an inherited account, with the exception of a surviving spouse. 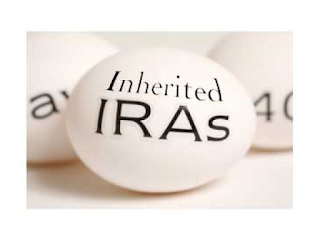 The daughter argued that she intended to roll and also substantially complied with the rollover rules.

Here is the Tax Court:

The Code’s lines are arbitrary. Congress has concluded that some lines of this kind are appropriate. The judiciary is not authorized to redraw the boundaries.”

This is a polite way of saying that tax rules sometimes make no sense. They just are. The Tax Court, not being a court of equity, cannot decide a case just because a result might be viewed as unfair.

The Court did not address the point, but there is one more issue at play here.

There are penalties for overfunding an IRA.

You have to get the excess money out of there, that’s what.

Normally I recommend that the $3,500 be moved as a contribution to the following year, nixing the penalty issue.

Let’s say that you do not do that. In fact, you do not even know to do that.

For whatever reason, the IRS examines your return five years later. Say they catch the issue. You now owe a 6% penalty on the overfunding.

If you are under 59 ½ you probably have an early-distribution penalty on the $2,000.

Plus penalties and interest on top of that.

I like to think that the Tax Court cut the taxpayer a break by not spotlighting the overfunding penalty issue.

Our case this time was Beech v Commissioner.

A Tax Preparer As A Witness

It is – once again – that time of year. Extensions. The business extensions came due last month. The individual extensions are due this month.

What a crazy thing to do for a living.

I have not had a lot of time to scan my normal sources, but I did see a case that caught my eye.

The taxpayers live in Illinois. They have an S corporation.

They rent a pole-barn garage to the S corporation. The corporation stores tractors, trailers and other equipment there.

They used a tax preparer for their 2012 and 2013 individual returns.

On their rental schedule, they deducted (among other expenses) the following:

They also deducted the personal portion of their interest and taxes as itemized deductions.

I was anticipating that they double-counted the interest and taxes.

They never could document the 2012 real estate taxes on their rental schedule.

Then we have 2013. The Court agreed that the taxes were paid, but they were paid by the S corporation.

Folks, to claim the taxes on a personal return one has to pay the taxes personally.

There went the rental real estate tax deduction for both years.

Onward to the 2012 mortgage interest.

The Court was a little more lenient in 2013, sort of. While they disallowed any interest on the rental schedule, the Court did allow substantiated mortgage interest in excess of claimed interest as an itemized deduction.

The IRS next went in to bayonet the wounded and dead: it wanted a 20% accuracy-related penalty.

Of course they did.

A common defense to this penalty is reliance on a tax professional.

Seems to me they have a potential defense.

The Court then drops this:

And this is a witness for the taxpayers?

Because petitioners did not furnish the return preparer with complete and accurate information, they failed to establish that their reliance upon the return preparer constitutes ‘reasonable cause’ and ‘good faith’ with respect to the underpayments of tax.”

The taxpayers probably would have done better by not bringing their preparer to testify.

Which means that the taxpayers represented themselves.

COMMENT: Pro se does not mean that your preparer is not there. I for example can appear before the Tax Court as part of a pro se. I would then be there as a witness, and I would not considered to be “practicing.”

In this case the taxpayers made a bad call by bringing in their preparer.

The case for the home gamers is Lawson v Commissioner.

Posted by Cincinnati Tax Guy at 8:00 PM No comments:

A Twist On A Penalty

I am looking at a tax case. There is no suspense or twist, but there was something at the end that caught my attention.


The case involves an Uber driver.

He deducted the following:

I am not seeing a whole lot of technical here. Hopefully he kept documentation and receipts. Just sort, label, copy and provide to the IRS.

But the story goes chippy.

(1) The travel expenses were for trips to Florida seeking medical treatment.

COMMENT: So this is not a business deduction. It instead is a medical deduction, which he might not be able to use if he doesn’t have enough to itemize.

He provided no documentation for these trips.

(2)  He had nothing to support the repairs and maintenance.

Odd. One would have thought he had a primary garage, and that garage could provide a printout. It might not account for every dollar deducted, but it should be a good chunk.

This is getting strange. I am beginning to wonder if he is a protester.

(4)  It turns out that the cleaning was dry cleaning. That may or may not be deductible, hinging on whether he was dry-cleaning a uniform. I am, for example, unable to deduct my dry cleaning, but then I do not wear a uniform.

Again, he offered no documentation.

(5)  I am curious about the vehicle expenses. Forty-four grand is a lot.

Turns out he deducted approximately 70,000 miles.

On top of that he deducted both actual expenses and mileage.

I am not surprised, considering that the disallowance of the deductions swelled both his income tax and self-employment tax simultaneously.

The IRS also wanted a substantial-understatement penalty of almost $3,600.

COMMENT: This penalty applies when the additional tax due is more than the larger of $5,000 or 10% of the corrected tax liability (before any payments). The penalty is 20%, and it hurts.

Frankly, I am thinking he is doomed. He does not have a prayer, having provided no documentation for his expenses, even the easy documentation.

Twist: this penalty has to be approved by an IRS supervisor.

Happens all the time.

But the IRS failed to submit evidence to the Court that it was approved.

The IRS tried to reopen the record to submit said evidence.

Too late. The taxpayer had the right to object.

What would you do?

Of course. You object.

So did the taxpayer.

Without the evidence the Tax Court bounced the substantial accuracy penalty.

The case for the home gamers is Semere Misgina Hagos v Commissioner.

Posted by Cincinnati Tax Guy at 8:30 PM No comments: