No Shareholder, No S Corporation Election

Our case this time takes us to Louisville.

There is a nonprofit called the Waterfront Development Corporation (WDC). It has existed since 1986, and its mission is to development, redevelop and revitalize certain industrial areas around the Ohio river downtown. I would probably shy away from getting involved - anticipating unceasing headaches from the city, Jefferson county and the Commonwealth of Kentucky - but I am glad that there are people who will lift that load. 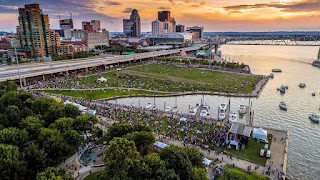 Mr Deckard had been advised to form a nonprofit, on the presumption that a nonprofit would encourage people and businesses to contribute. He saw an attorney who organized WFWI as a nonprofit corporation under Kentucky statute.

Unfortunately, Waterfront Fashion Week failed to raise funds; in fact, it lost money. Mr Deckard wound up putting in more than $275,000 of his own money into WFWI to shore up the leaks. There was nothing to contribute to WDC.  What remained was a financial crater-in-the-ground of approximately $300 grand. Whereas WFWI had been organized as a nonprofit for state law purposes, it had not obtained tax-exempt status from the IRS. If it had, Mr Deckard could have gotten a tax-deductible donation for his generosity.

COMMENT: While we use the terms “nonprofit” and “tax-exempt” interchangeably at times, in this instance the technical difference is critical. WFWI was a nonprofit because it was a nonprofit corporation under state law. If it wanted to be tax-exempt, it had to keep going and obtain exempt status from the IRS.  One has to be organized under as a nonprofit for the IRS to consider tax-exempt status, but there also many more requirements.

No doubt Mr Deckard would have just written a check for $275 grand to WDC had he foreseen how this was going to turn out. WDC was tax-exempt, so he could have gotten a tax-deductible donation. As it was, he had ….

…. an idea. He tried something. WFWI had never applied for tax-exempt status with the IRS.

WFWI filed instead for S corporation status. Granted, it filed late, but there are procedures that a knowledgeable tax advisor can use. Mr Deckard signed the election as president of WFWI. An S election requires S corporation tax returns, which it filed. Mind you, the returns were late – the tax advisor would have to face off against near-certain IRS penalties - but it was better than nothing.

An S corporation generally does not pay tax. Rather it passes its income (or deductions) on to its shareholders who then include the income or deductions with their other income and deductions and then pay tax personally on the amalgamation

It was a clever move.

Remember that the attorney organized WFWI as a nonprofit corporation under Kentucky statute.

Under Kentucky law, a nonprofit corporation does not have shareholders.

And what does the tax Code require before electing S corporation status?

Mr Deckard has to be a shareholder in the S corporation.

He tried, he really did. He presented a number of arguments that he was the beneficial owner of WFWI, and that beneficial status was sufficient to allow  an S corporation election.

The sad thing is that it is doubtful whether WFWI needed to have organized as a nonprofit in the first place.

Why do I say that?

If you or I make a donation, we need a tax-exempt organization on the other side. The only way we can get some tax pop is as a donation.

A business has another option.

The payment could just be a trade or business expense.

Say that you have a restaurant downtown (obviously pre-COVID days). You send a check to a charitable event that will fill-up downtown for a good portion of the weekend. Is it a donation? Could be. It could also be just a promotion expense – there are going to be crowds downtown, you are downtown, people have to eat, and you happen to be conveniently located to the crowds. Is that payment more-than-50% promotion or more-than-50-% donation?

What difference does it make? The more-than-50% promotion or business deduction does not require a tax-exempt on the other side. It is a business expense on its own power; it does not need an assist.

I cannot help but suspect that WFWI was primarily recruiting money from Louisville businesses. I also suspect that many if not most would have had a keen interest in downtown development and revitalization. Are we closer to our promotion example or our donation example?