Are You Insolvent Or Not?

There is a case called Hamilton v Commissioner. It was recently decided in the 10th Circuit, and it caught my eye.

Since it went to a Circuit court, you may correctly assume that this case was on appeal.

Frankly, I do not see a win condition for the taxpayer here. It does, however, give us an opportunity to discuss the concept of a tax nominee.

The patriarch of our story – Mr Hamilton – borrowed over $150,000 to send his son to medical school.

I presume that translated into loss of income and a difficult time servicing debt.

Mrs Hamilton finally got the student loan discharged in 2011.

A key point is that the student loan belonged to Mr Hamilton – not the son. When the loan was discharged, the tax effect is therefore analyzed at Mr Hamilton’s level, as he was the debtor.

Before the discharge, Mrs Hamilton transferred approximately $300 grand into a rarely used savings account owned by her son. He in turn gave her the username and password so she could access the account. Throughout 2011, for example, she withdrew close to $120,000 from the account.

COMMENT: There you have the issue of a nominee: whose account is it: Mrs Hamilton’s, the son’s, or both? Granted, it the son’s name is on the account, but is he acting as the face man – that is, a nominee – for someone else?

The issue in the case is whether the discharged debt of $150 grand was taxable to the Hamiltons in 2011.

In general, if your recourse debt is discharged, you have taxable income. There are several exceptions, of which one of the better known is bankruptcy. File for bankruptcy and the tax Code allows you to exclude the debt from taxable income.

But … it requires you to file bankruptcy.

There is a similar – but not quite the same – exception that has to do with insolvency. For tax purposes, one is insolvent if one’s debts exceeds one’s assets.

Mind you, you are not filing for bankruptcy. I suppose it is possible that you could power through this stretch, cutting back personal expenditures to a minimum and applying everything else to debt. Still, you are technically insolvent.

The tax Code lets you exclude debt forgiveness from taxable income to the extent that you are insolvent.

In the Hamilton case, do you include that savings account?

Under state law, the son did own the account. Tax law however will rarely allow itself to be trapped by mere formality. This judicial doctrine is referred as “substance over form,” and it means what it says: tax law will generally look at the players and on-field performance and resist being distracted by the school band and T-shirt cannons.

The Court made short work of this case.

The taxpayers argued, for example, that the son could change the username and password at any time, so it would be a leap to call him an agent or nominee for his parents.

Yep, and a delivery spaceship for intergalactic deep-dish pizza could land on Spaghetti Junction in Atlanta during rush hour. 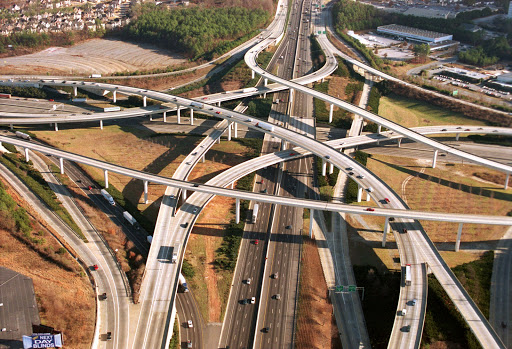 If you can log-in with impunity and move $120,000 grand, then you have effective control over the bank account. The mother’s name was not on the account, but it may as well have been because the son was his mother’s agent – that is, her nominee.

I have no problem with that. I would have done the same for my mother, without hesitation.

What the Hamiltons could not do, however, was leave-out that bank account when they were counting assets for purposes of the insolvency calculation. It was, after all, around $300 hundred – less than a Bezos but a lot more than a smidgeon.

Did it affect the insolvency calculation?

Of course it did. That is why the case went to Court.

The Hamiltons were not insolvent. They had income from the debt discharge.

They had to try, I guess, but I doubt whether they ever had a win condition.