A Job, A Gig and Work Expenses

The case is straightforward enough, but it reminded me how variations of the story repeat in practice.

Take someone who has a W-2, preferably a sizeable W-2.

Take a gig (that is, self-employment activity).

Assign every expense you can think of to that gig and use the resulting loss to offset the W-2.

Our story this time involves a senior database engineer with PIMCO. In 2015 he reported approximately $176,000 in salary and $10,000 in self-employment gig income.  He reported the following expenses against the gig income:

There were other expenses, but you get the idea. There were enough that the gig resulted in a $40 thousand loss.

I have two immediate reactions:

In general, what one is trying to do is assign every possible expense to the gig. Say that one is financial analyst. There may be dues, education, subscriptions, licenses, travel and whatnot associated with the W-2 job. It would not be an issue if the employer paid or reimbursed for the expenses, but let’s say the employer does not. It would be tempting to gig as an analyst, bring in a few thousand dollars and deduct everything against the gig income.

It’s not correct, however. Let’s say that the analyst has a $95K W-2 and gigs in the same field for $5k. I see deducting 5% of his/her expenses against the gig income; there is next-to-no argument for deducting 100% of them.

The IRS flagged our protagonist, and the matter went to Court.

We quickly learned that the $10 grand of gig income came from his employer.

COMMENT: Not good. One cannot be an employee and an independent contractor with the same company at the same time. It might work if one started as a contractor and then got hired on, but the two should not exist simultaneously.

Then we learn that his schedule of expenses does not seem to correlate to much of anything: a calendar, a bank account, the new season release of Stranger Things. 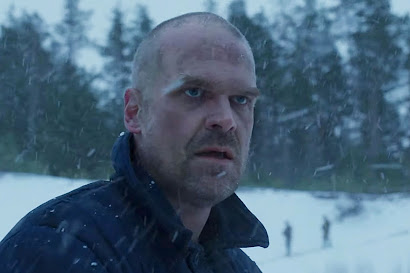 The Court tells us that his “Travel” is mostly his commute to his W-2 job with PIMCO.

You cannot (with very limited exception) deduct a commute.

There were some “Professional Fees” that were legit.

But the Court bounced everything else.

I would say he got off well enough, all things considered. Please remember that you are signing that tax return to “the best of (your) knowledge and belief.”

Our case this time was Pilyavsky v Commissioner.