That $3,000 number has not changed since I was in school. 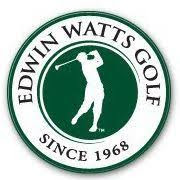 Why did they keep the real estate? Because the golf businesses were paying rent, meaning that even more money went their way.

The day eventually came when Wellspring wanted out; that is what private equity does, after all. It was looking at two offers: one was with Dick’s Sporting Goods and the other with Sun Capital.  Dick’s Sporting already had its own stores and would have no need for the existing golf shop locations. The brothers realized that would be catastrophic for the easy-peasy rental income that was coming in, so they threw their weight behind the offer by Sun Capital.

Now, one does not own a private equity firm by being a dummy, so Wellspring wanted something in return for choosing Sun Capital over Dick’s Sporting.

Fine, said the brothers: you can keep our share of the sales proceeds.

The brothers did not run the proposed transaction past their tax advisor. This was unfortunate, as there was a tax trap waiting to spring.

Granted, one can use capital losses against capital gains, but that means one needs capital gains.   What if you do not have enough gains? Any gains? We then get back to an obsolete $3,000 per year allowance. Have a big enough loss and one would need the lifespan of a Tolkien elf to use-up the loss.

The brothers’ accountant found out what happened during tax season and well after the fact. He too knew the issue with capital losses. He played a card, in truth the only card he had. Could what happened be reinterpreted as the abandonment of a partnership interest?

There is something you don’t see every day.

Let’s talk about it.

This talk gets us into Code sections, as the reasoning is that one does not have a “sale or exchange” of a partnership interest if one abandons the interest. This gets the tax nerd away from the capital gain/loss requirement of Section 741 and into the more temperate climes of Section 165. One would plan the transaction to get to a more favorable Code section (165) and avoid a less favorable one (741).

There are hurdles here, though. The first two are generally not a problem, but the third can be brutal.

The first two are as follows:

(1) The taxpayer must show an intent to abandon the interest; and

(2)  The taxpayer must show an affirmative act of abandonment.

This is not particularly hard to do, methinks. I would send a letter to the tax matters or general partner indicating my intent to abandon the interest, and then I would send (to all partners, if possible) a letter that I have in fact abandoned my interest and relinquished all rights and benefits thereunder. This assumes there is no partners’ meeting. If there was a meeting, I would do it there. Heck, I might do both to avoid all doubt.

What is the third hurdle?

There can be no “consideration” on the way out.

Consideration in tax means more than just receiving money. It also includes someone assuming debt you were previously responsible for.

Yea, the planning can be messy for a general partnership.

Then we have the limited liability companies. (LLCs). Those bad boys have a splash of general partnership, a sprinkling of limited partnership, and they can result in a stew of both rules.

The third plank to the abandonment of a partnership interest can be formidable, depending on how the entity is organized and how the debts are structured. If a partner wants an abandonment, it is more likely than not that pieces on the board have to be moved in order to get there.

The brothers’ accountant however had no chance to move pieces before Wellspring sold Edwin Watts Golf. He held his breath and prepared tax returns showing the brothers as abandoning their partnership interests. This gave them ordinary losses, meaning that the losses were immediately useful on their tax returns.

The IRS caught it and said “no way.”

There were multiple chapters in the telling of this story, but in the end the Court decided for the IRS.

Because the brothers had the option of structuring the transaction to obtain the tax result they desired. If they wanted an abandonment, then they should have taken the steps necessary for an abandonment. They did not. There is a long-standing doctrine in the Code that a taxpayer is allowed to structure a transaction anyway he/she wishes, but once structured the taxpayer has to live with the consequences. This doctrine is not tolerant of taxpayer do-overs.

The brothers had a capital and not an ordinary loss. They were limited to capital gains plus $3 grand per year. Yay.