I am reading a case so unique that I doubt there is much takeaway taxwise, other than someone beat the IRS.

What gets the story started is automobile rebates back in the mid -70s. The economy was limping along, and car manufacturers wanted to sell cars. Buy a car, get money back from the manufacturer.

To a tax geek, receiving a check in the mail raises the question of whether there is income somewhere.

The overall concept behind taxable income is that one has experienced an accession to wealth. That is how discharge of debt can create income, for example. As one’s debt goes down, one’s wealth increases.

What to do with a car rebate?

The IRS did the obvious thing: it saw a car; it saw payment for a car; and it saw a rebate going back to whoever bought the car. There was no increase in wealth here, it decided. The result was that one paid less for the car.

There are countless variations on the theme. What to do with airline miles, for example?

Our case features Konstantin Anikeev (K). K got himself a Blue Cash American Express credit card. The card had a reward program. American Express would send you money for buying (approved) things with the card.

American Express disallowed certain purchases from the program, however, including:

(5)  Purchase or reloading of prepaid cards

(6)   Purchase of any cash equivalent

I get it. American Express did not want someone to walk the transaction through back to cash.

K noticed something: the program did not address gift cards.

A gift card is just a prepaid card, right? Not quite. A gift card is not redeemable in cash or eligible for deposit into your bank account.

I had not really thought about it.

K did think about.

You know what you can do with a gift card?

You can buy a money order, that’s what. You then deposit the money order in the bank.

Sounds like a lot of work for a couple of bucks.

K went to town. Over the course of a year or so, he and his wife generated rebates of over $300 grand.

K knows how to commit.

Interestingly enough, American Express did not seem to care.

The IRS however did care. They were going to tax K on his $300 grand. K pointed out that the IRS had provided guidance way back by saying that rebates were not income, and all he received were rebates. Granted, there were more bells and whistles here than a 1978 Chrysler Cordoba, but that did not change anything. 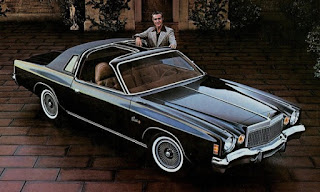 The IRS said nay-nay. The guidance they put out back in the 70s involved a product or service. That product or service had a cost, and that cost could then be reduced to absorb the effect of the rebate. There were no goods and services with K’s scheme. There was nothing to “absorb” the rebate.

Off they went to Tax Court.

There is a tax subtlety that we need to point out.

It is a formidable argument.

That is not what the IRS did. They instead argued that K had an income recognition event when he bought the gift card.

Because he intended to ….

The Court was having none of this argument.

The Court reminded the IRS that gift cards are a product. The card has a uniform product code that the cashier uses to ring up the cost. It is a product, just like a car. The IRS was upset because it got gamed. It did not like the result, but that did not give the IRS leash to arbitrarily look down the road and back-up the tax truck when it did not like the destination. The IRS should tighten its rules.

These holdings are based on the unique circumstances of this case. We hope that respondent polices the IRS policy in the future in regulations or in public pronouncements rather than relying on piecemeal litigation.”

K won. He and his wife had tax-free cash.

BTW, K did all this with a card whose credit limit was $35 grand. I am REALLY curious how much time they put into this.