Dog The Bounty Hunter And The IRS

The IRS has a form just to inform them that you moved.

Many, many years ago I was asked why this form existed, as the IRS would automatically update its files when you filed your next tax return.

After decades of practice, I have a very good idea why this form exists.

Let’s talk about Duane Chapman, whom you may know as Dog the Bounty Hunter. You may also remember that his wife – Beth – recently passed away from throat cancer.

The series Dog the Bounty Hunter aired from 2003 to 2012; the show took Duane and Beth to Hawaii and Colorado. 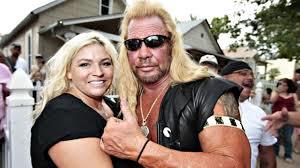 COMMENT: You may be wondering why the statute did not close on the tax returns after 3 years. The IRS will – especially if there is complexity to the return – usually ask one to extend the statute period. I tend to accept such requests, as the alternative is for the IRS to disallow everything and issue a Notice of Deficiency before the statute expires.

Duane and Beth used their CPA’s address for their 2010 tax return.

Their favorite accountant left that CPA firm to start his own. Duane and Beth followed.

Duane and Beth then used this CPA’s new address for their 2011 return.

We therefore have two addresses in Los Angeles.

Mind you, the television show was in Honolulu.

And they also had a home in Colorado.

It was 2012 and the IRS was preparing a Notice of Deficiency, also known as the 90-day letter.  One has 90 days to appeal to the Tax Court.

The IRS was required to send the Notice to their “last known address.”

That presents a problem.

What address do you use?

The Appeals Officer had an IRS employee search for addresses, but eventually he sent copies of the Notice to both CPAs in Los Angeles.

The old CPA received the Notice but did not see fit to forward it to Duane and Beth, or at least to place a call or send an e-mail to either – you know, for old time’s sake.

I am thinking he may want to contact his insurance carrier, just in case.

The new CPA said he never received the Notice, but Post Office records show that it had been delivered. What makes this doubly peculiar is that the CPA had previously contacted the Appeals Officer explaining that he would soon be filing a power of attorney. And he did – but after delay and after the Officer had closed the file.

I am thinking he may want to contact his insurance carrier also.

Duane and Beth challenged whether the IRS used their last known address. If the IRS did not, then the Notice of Deficiency was not properly served and any tax or penalty could not be reduced to assessment. Both parties would be back to square one.

Duane and Beth argued that any IRS notice should have gone to their address in Hawaii, as that is where they were. The IRS knew that the Los Angeles addresses were for their CPAs and not for them personally.

The Court had to address the meaning of “last known address.”

And it means pretty much what you would think.

The last known address was for their old CPA. The IRS had extended a courtesy by sending a copy to the new CPA, especially considering his delay in sending a power of attorney. Granted, the IRS knew – or should have known – that they were in Hawaii, but that is not what “last known address” means.

The taxpayer decides that address. By filing a return. Or by filing that change-of-address form noted at the beginning of this post.

Duane and Beth had decided it would be their CPA’s address.

They had filed with the Tax Court long after 90 days had expired.

So their filing was dismissed as untimely.