NCAA: From Cream Cheese To Endorsements

You may have read that the NCAA voted to allow students to benefit financially from the use of their name, image or likeness.

In truth, their hand was forced when California Governor Newsom signed the Fair Pay to Play Act on Lebron’s television show “The Shop.” Other states, including Florida, were also lining up on the issue.

Newsom was striking at an organization that realized over a $1 billion in revenues last year from “student-athletes,” all the while banning players from receiving any compensation other than scholarships.

Mind you, this is the same organization that used to ban schools from serving bagels with cream cheese. The NCAA argued (with a straight face somehow) that a bagel was a snack but a bagel with cream cheese was a meal. Meals were a no-go.

The tax hook for this post came from North Carolina (U.S.) Senator Richard Burr, who indicated he would introduce a bill to tax scholarships if the student-athlete also earns money from endorsements.

Methinks that Senator Burr is not a fan of the new rule.

Alternatively, he may subscribe to the new-economics theory of taxing something until it stops doing whatever triggered its taxation in the first place.

Did you know that some scholarships are already taxable?

Scholarships used to be tax-free until 1980. The Code was then changed to look at whether services were being performed as a requirement for receiving the scholarship. Teaching assistantships would now be taxable, for example.

There was further change in 1986, when the Code began taxing scholarships used for living expenses.  If one received a scholarship, it was now important to determine whether it was for tuition or for room-and-board. Tuition was tax-free but room-and-board was not.

COMMENT: This change seems erratic to me, considering that The College Board has reported that living expenses make-up over half the cost of undergraduate education.

I would have to think about what national existential peril we barely avoided with that change to the tax law.

Senator Burr would add another exception-to-the-exception if you could buy a jersey with someone’s name on it. Alabama’s Tua Tagovailoa comes to mind. Your being able to buy a jersey with his name and number would make his scholarship taxable. It probably means little in Tua’s case, as he is projected to be a first round NFL draft selection. Take someone in a less prominent sport and the result might not feel as comfortable. 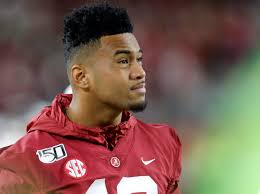 Then again, someone less prominent would probably not get into a payment-for-name, image-or-likeness situation.